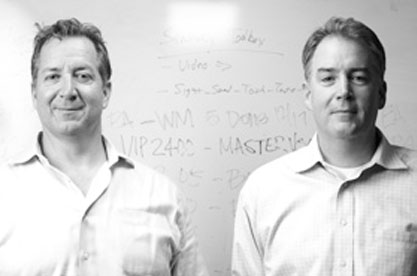 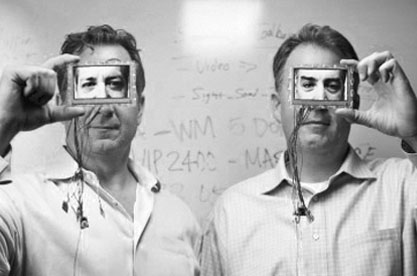 Tim developed his love for entrepreneurship while serving as the VP of Franchise Development for Smith & Associates, the largest independent U.S. distributor of integrated circuits. After designing and marketing various LED technologies, Tim realized that integrating microelectronics into print advertising offered enormous marketing possibilities. Americhip was formed in 2001 with the goal of marrying the best in paper and packaging engineering with microelectronics. With a strong business model, and talented designers and engineers, Americhip has quickly grown into the world's leading developer and producer of Multisensory technologies, which are integrated into specialty print, packaging, publishing, in-store marketing, gift cards, and interactive books. Tim spends most of his time sharing his multisensory business model vision with leading Fortune 500 brands across key vertical industries: automotive; pharmaceutical; retail; entertainment; packaged goods; and with leading advertising agencies. Tim also enjoys lecturing about the future of sensory branding at Loyola Marymount University. Tim holds a B.A. in Economics & Management from Albion College, Albion, Michigan.

Kevin joined Clegg Industries, Inc. in 1997 and helped launch Americhip, Inc. in 2001. As President, Kevin is responsible for the day-to-day operations of Americhip and works closely with all Departmental Directors on sales, operations and marketing functions. An integral part of new product development, Kevin works closely with the Tech Department and our China Production Facility to facilitate active innovation of technologies and products.  Kevin is also responsible for managing our international distributors.  Prior to joining Americhip, Kevin was a federal prosecutor for the Securities and Exchange Commission and a litigator for the Chicago law firm of Phelan, Pope and John. Kevin earned B.A. in American Studies (Cum Laude) from the University of Notre Dame and a J.D. with High Honors, Order of the Coif, from Case Western Reserve, School of Law.

Primoz Samardzija joined Clegg Industries in 1999 and has been with Americhip, Inc. since its inception in 2001. As Executive Vice President, Primoz manages day-to-day operations including client support, procurement, production and finance. His responsibilities include preparing clients’ proposals, quoting and directing custom projects, working with various department heads on product development, and troubleshooting and analysis of all projects to ensure successful completion. He also runs the company's Asian offices and oversees their production and product development functions. In his role, Primoz is responsible for reporting financial information, including budgets and forecasts, to the President and C.E.O. Primoz holds an M.B.A. in Finance and International Business from Loyola Marymount University.

John is involved in all aspects of the business, from marketing and product development to account and sales management. Since 1997, John has developed the company’s sales teams, expanded areas of production and promoted Multisensorized® print to Key Account Buyers across the country. As head of Americhip’s US Sales Department, he helps sales representatives identify and pursue new accounts in key industries such as pharmaceutical, financial, automotive and advertising. John earned a B.A. from the University of Notre Dame. He is based in the Cleveland office.

Francis joined Americhip in 2013. As Corporate Counsel, Francis’s primary responsibilities are managing Americhip’s existing patent portfolio, including prosecuting new patent applications, and overseeing all aspects of Americhip’s contractual and regulatory compliance obligations in the US and overseas. As the head of Americhip’s Operations Department, Francis also manages all of the Company’s back-office staff. Before coming to Americhip, Francis spent 20 years in private practice as a litigator and patent prosecutor. Francis graduated from Dartmouth College with a B.A. in Mathematics and Computer Science and received his J.D. from the University of Southern California.