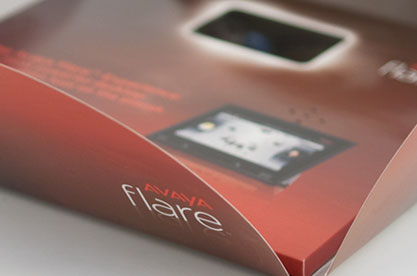 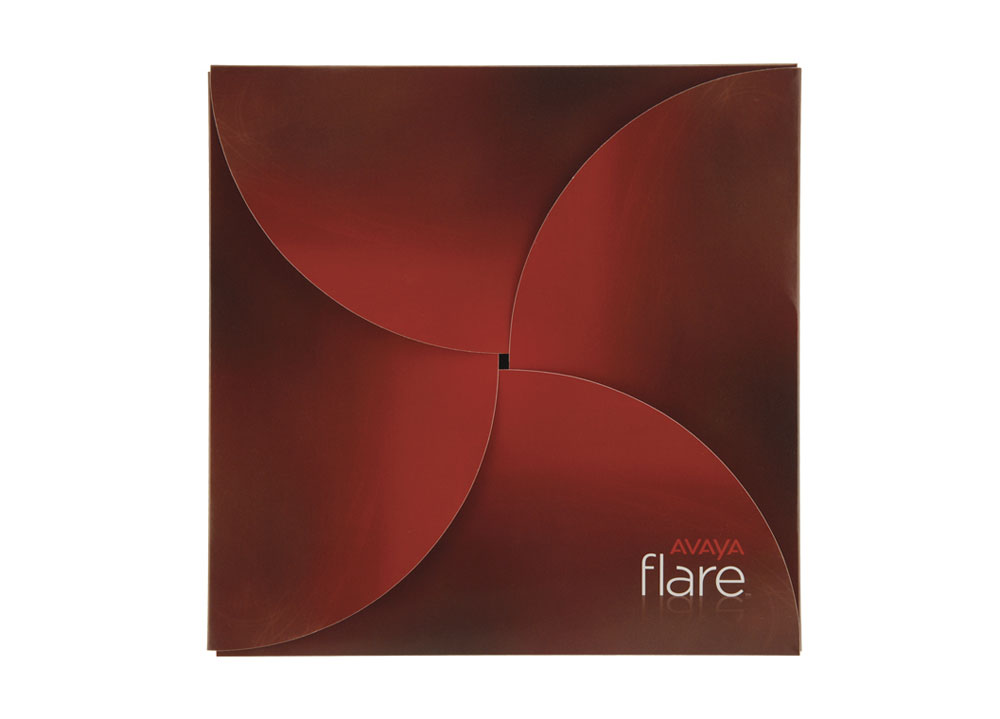 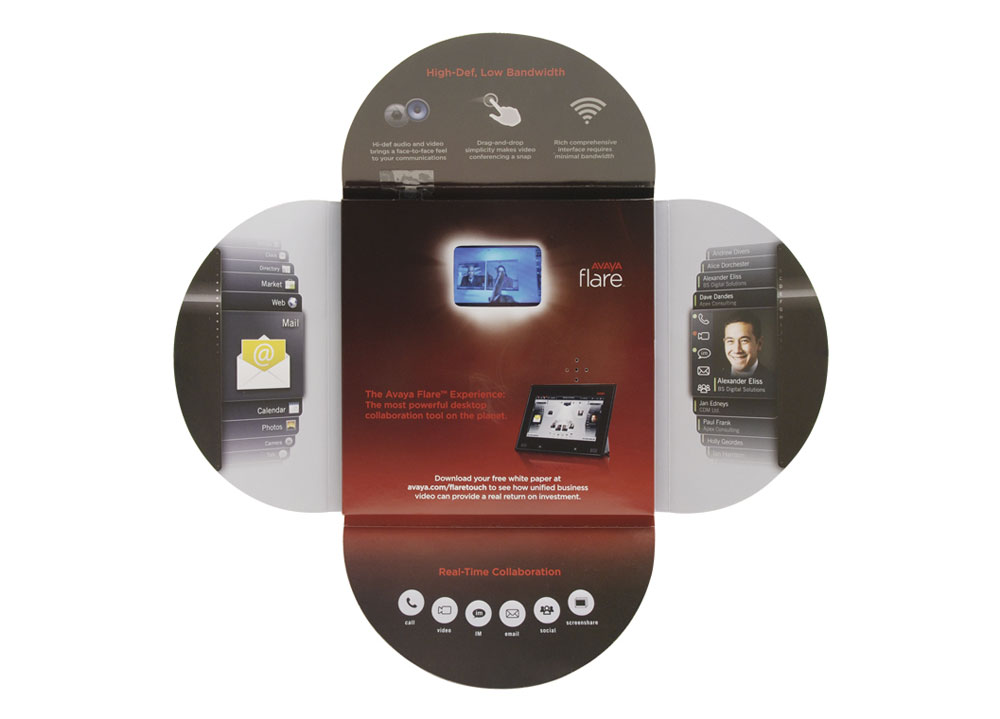 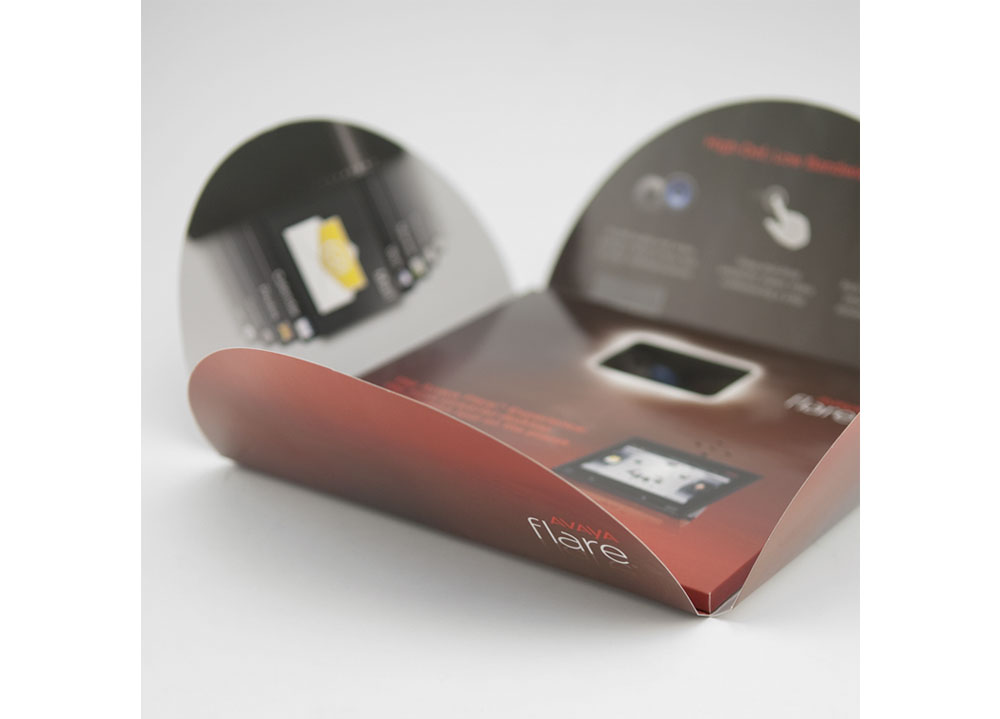 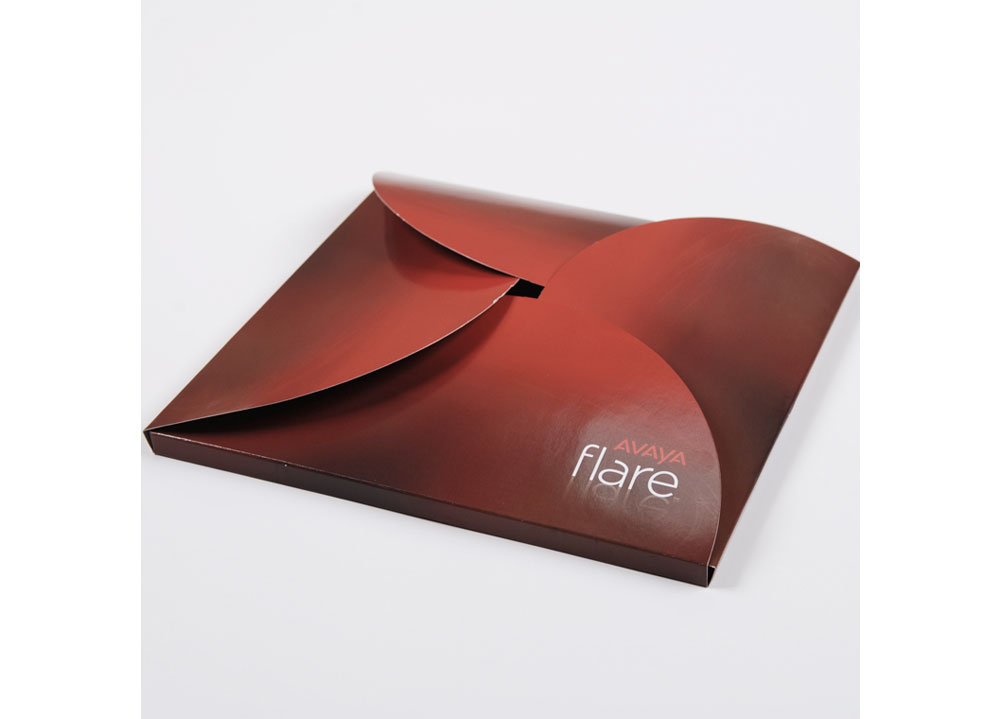 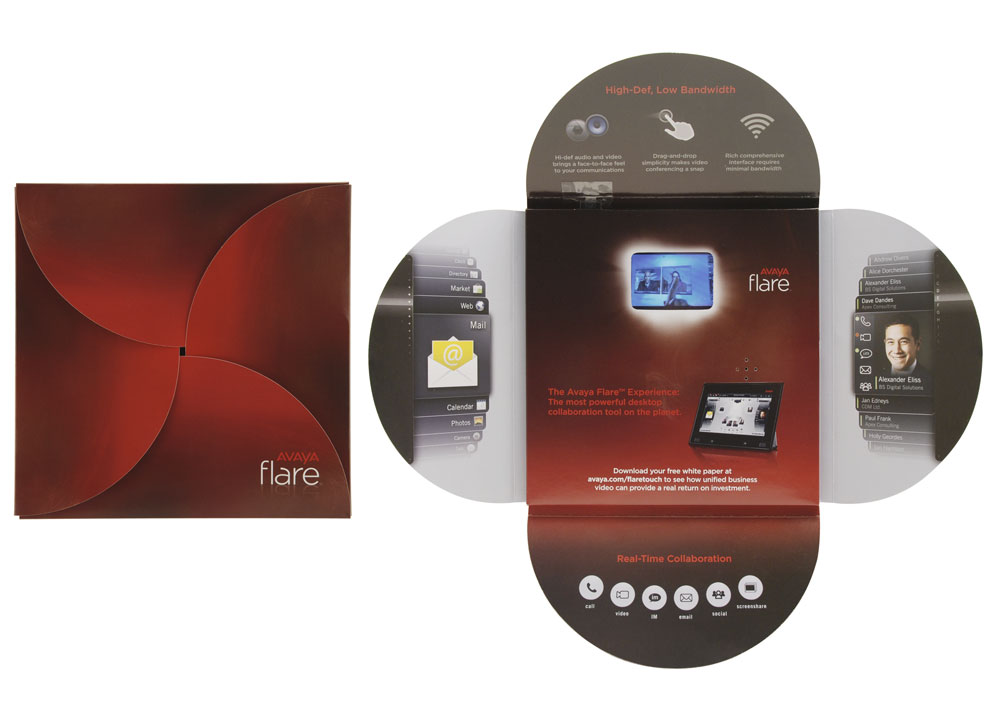 Avaya, one of the world’s leading telecommunication companies, was launching new software that offers quick and easy access to real-time business communications and collaboration tools. The software will be available on the Avaya Desktop Video Device with touch screen capabilities. Avaya challenged its media agency, Faction Media, to produce a marketing campaign to reach decision makers at Fortune 500 companies.

Avaya and Faction Media partnered with Americhip to incorporate our patented Video in Print technology into Avaya’s lead generation and internal sales training programs. Faction selected one of Americhip’s Video in Print direct mail solutions to grab the attention of busy IT executive decision makers. Additionally, Avaya needed to educate and communicate to its large outside sales force about this important new product launch. Avaya needed an innovative tool to encourage its sales force to learn about the new product and then motivate them to share that information with their clients. Americhip’s Video in Print technology was the perfect solution for both challenges.

Avaya achieved exceptionally high response rates, generating millions of dollars of confirmed orders as a result of this campaign. If that wasn’t enough, thanks to Americhip’s unique VIP designs, Faction Media won a major industry award for best integrated marketing campaign. The campaign was so successful, Avaya re-ordered Video in Print almost immediately upon the initial campaign launch.

Here is what they had to say about VIP technology:

“I think it is a great direction that will cut through the clutter of traditional tactics. Delivering video to someone's desk is a sign to a potential customer that you are an innovative company and that their business is valuable to you.” -PatrickFarrell, Account Director, FactionMedia