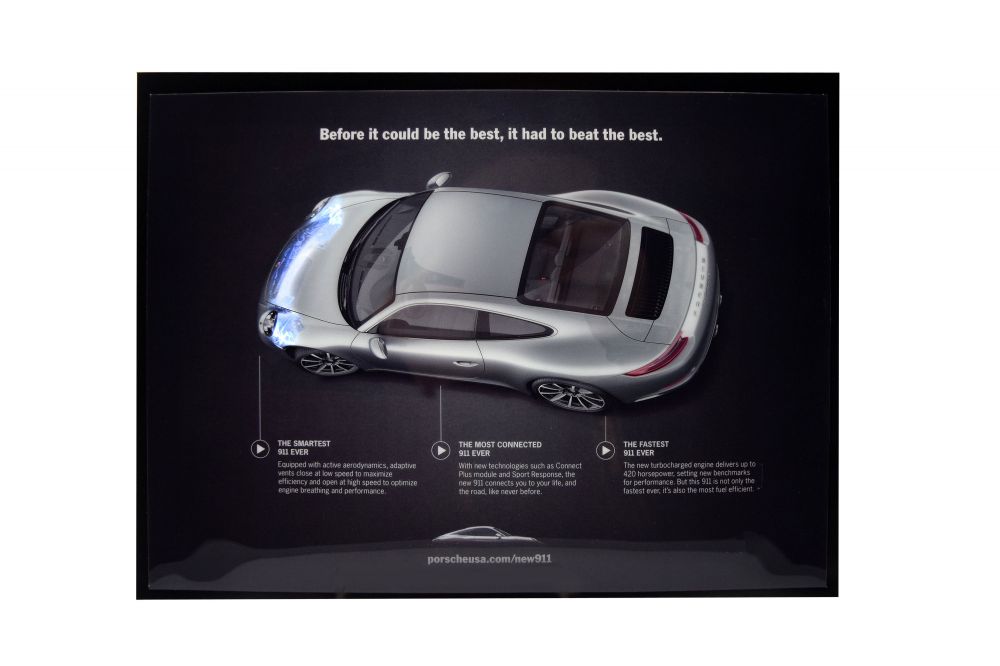 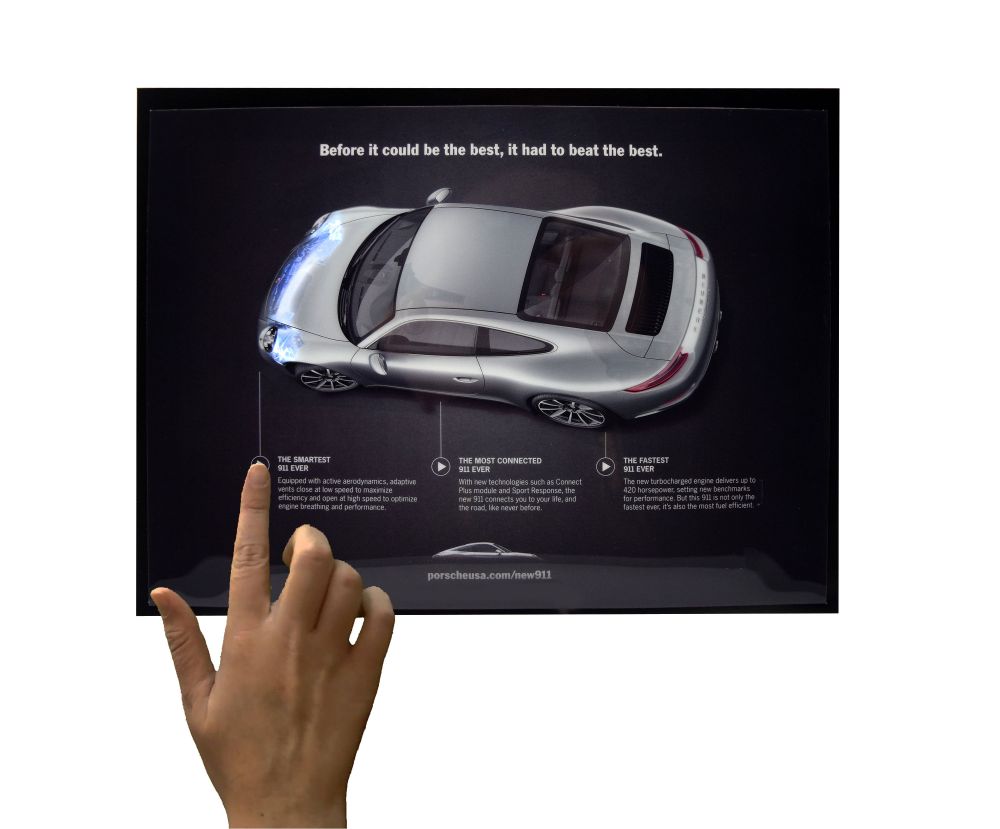 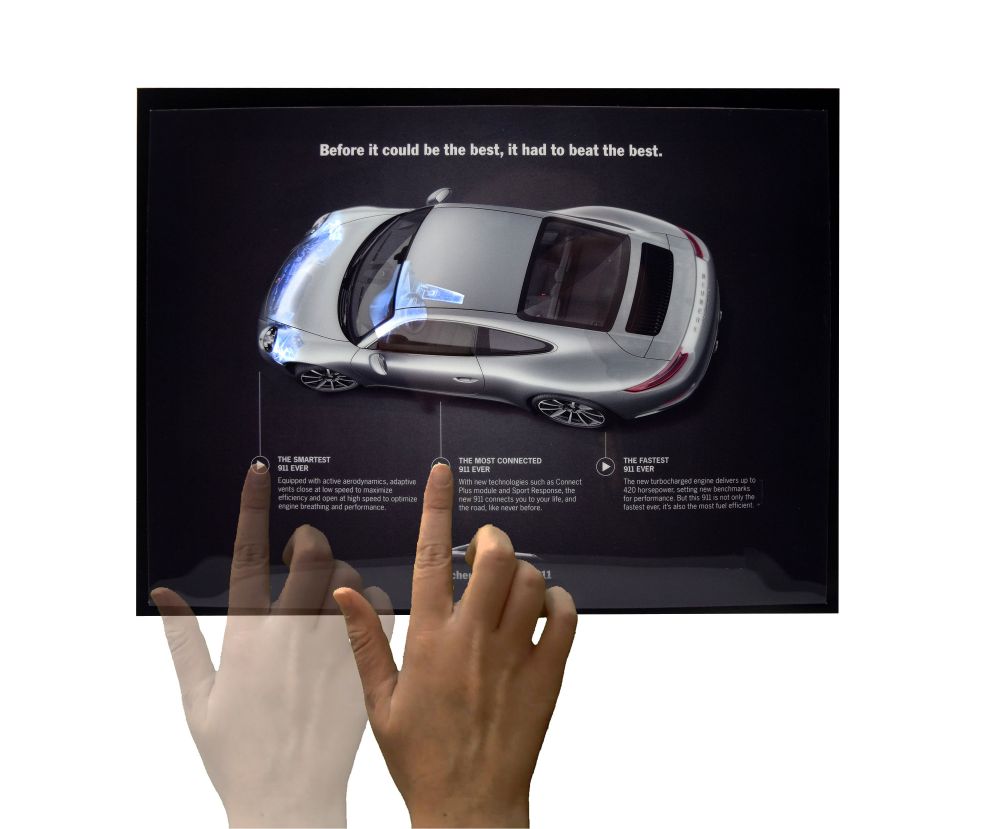 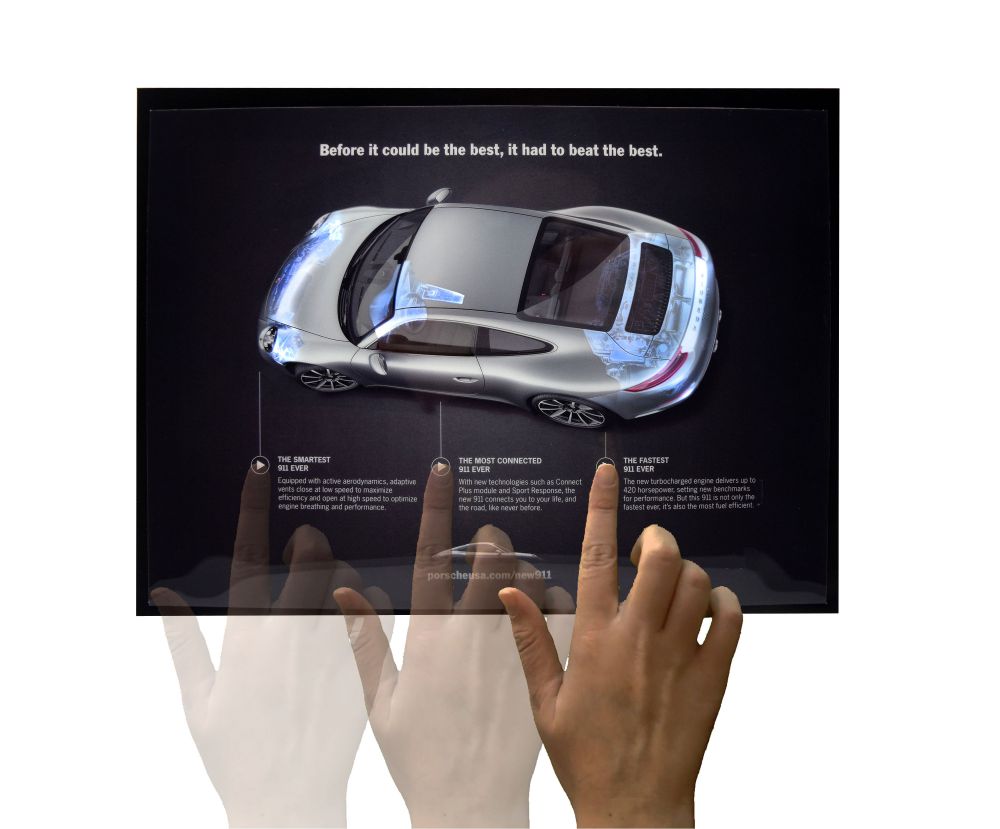 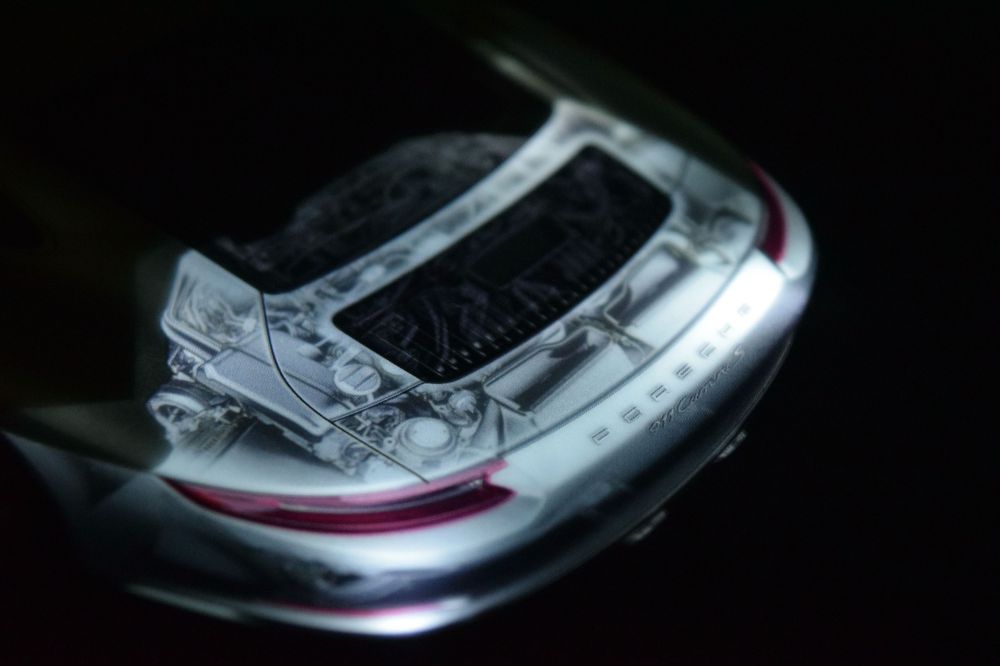 Porsche has always been the epitome of automotive innovation and sophistication - a brand that “rejects the ordinary”.  With the launch of its new 911 Turbo, the Porsche team needed an innovative ad that matched the sophistication of its brand.  As summarized by the agency’s Creative Director, the goal of the campaign was to “create an experience in which every contact with the brand should be the antithesis of mundane—because that's what every Porsche is designed and engineered to be."

Working with Porsche’s agency, Cramer-Krasselt, Americhip deployed its LED Diffuser Technology to pinpoint what makes the 911 Turbo different.  Porsche wanted to let readers gaze “beneath” the metal skin of the new 911 and inspect its high-tech features.   As readers turn the page to the Porsche ad, they are presented with an overhead shot of the new 911 positioned vertically in the magazine.  Activation buttons encourage readers to engage with the ad which, in turn, illuminates the 911’s sophisticated aerodynamics, wireless connectivity and, of course, turbocharged engine.  The technological innovation behind the ad is a strong reminder of the 911 Turbo’s engineering excellence.

Put Americhip’s LED Diffuser Technology to work in your next campaign to highlight your innovative design.

Our captivating and illuminating execution was hailed by AdWeek as the “Ad of the Day”.  AdWeek’s David Gianatasio summarized it well by noting that “the ad should drive engagement; it's certainly more enticing than most passive print placements, and represents yet another attempt by legacy marketers and media to move into the interactive fast lane.”