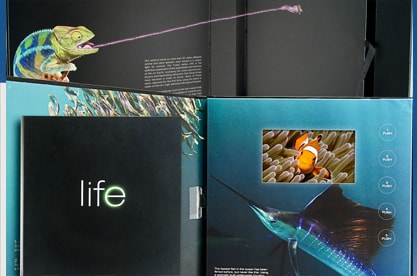 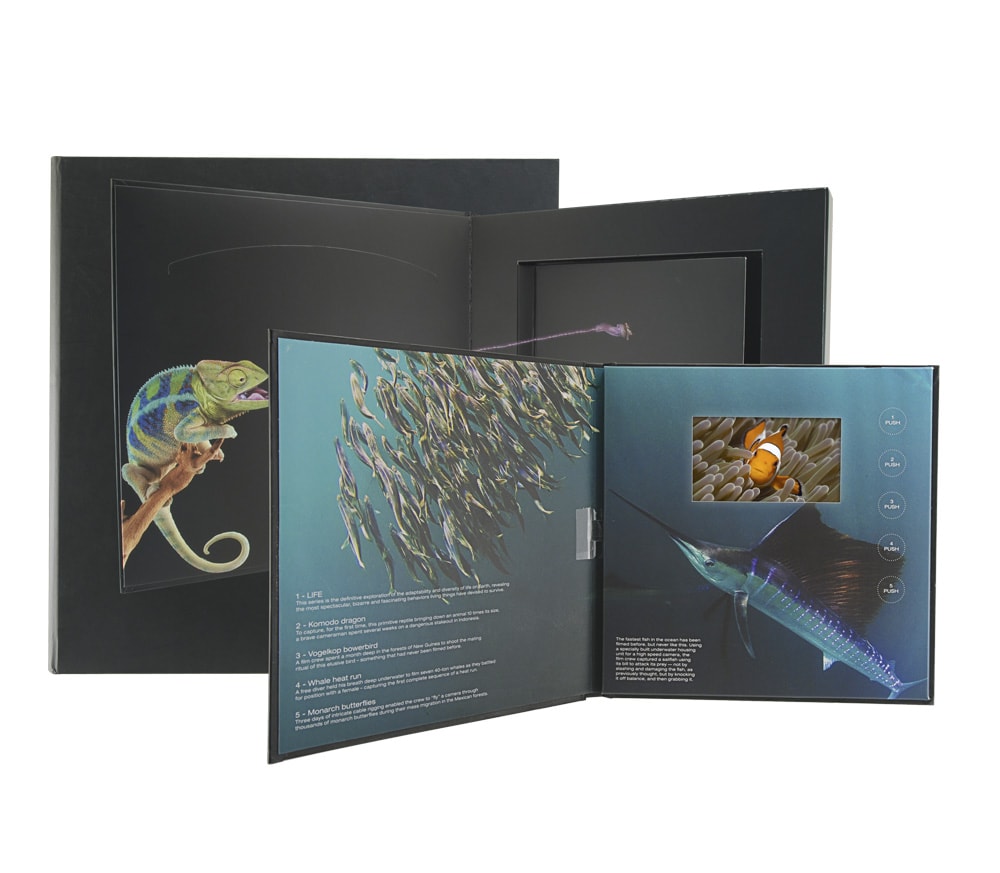 For the launch of its highly anticipated mini-series Life, Discovery Channel wanted to create a media kit that was as amazing as the show itself. Life, an 11 part mini-series narrated by Oprah Winfrey, features various animals in their natural habitat and the challenges they face. The spectacular video images of nature are beaufitully broadcast on Americhip’s 4.3” VIP screen. The VIP player is housed in a beautifully appointed 8” x 8” hard cover book. The VIP book was placed into a larger media kit which housed additional information including two DVDs and a pocket for printed materials.

The Internet began buzzing about the Discovery VIP Media Kit as soon as it landed. Numerous entertainment sites posted stories about the unique announcement kit and blog posting and Tweets followed quickly. A small sampling of feedback included:

TV Worth Watching: “Open the cover and - OMG! There’s a tiny TV screen on which full color video and sound begin running automatically...This elaborate press kit is one of those jaw dropping moments we so rarely encounter...Who’s not gonna watch?”

@drabtshirt: The press kit that @Discovery sent me is about the coolest thing I’ve ever gotten in the mail.

@cerebus19: Love the press package for LIFE that arrived today from @Discovery. I can’t wait to watch the video! (Matt Blu, Wired.com’s GeekDad)

Heather Russell, Good Day LA: “THAT press kit is one of the best press kits I’ve received. I’ve shown a bunch of folks in our office and they’re all impressed by it.”