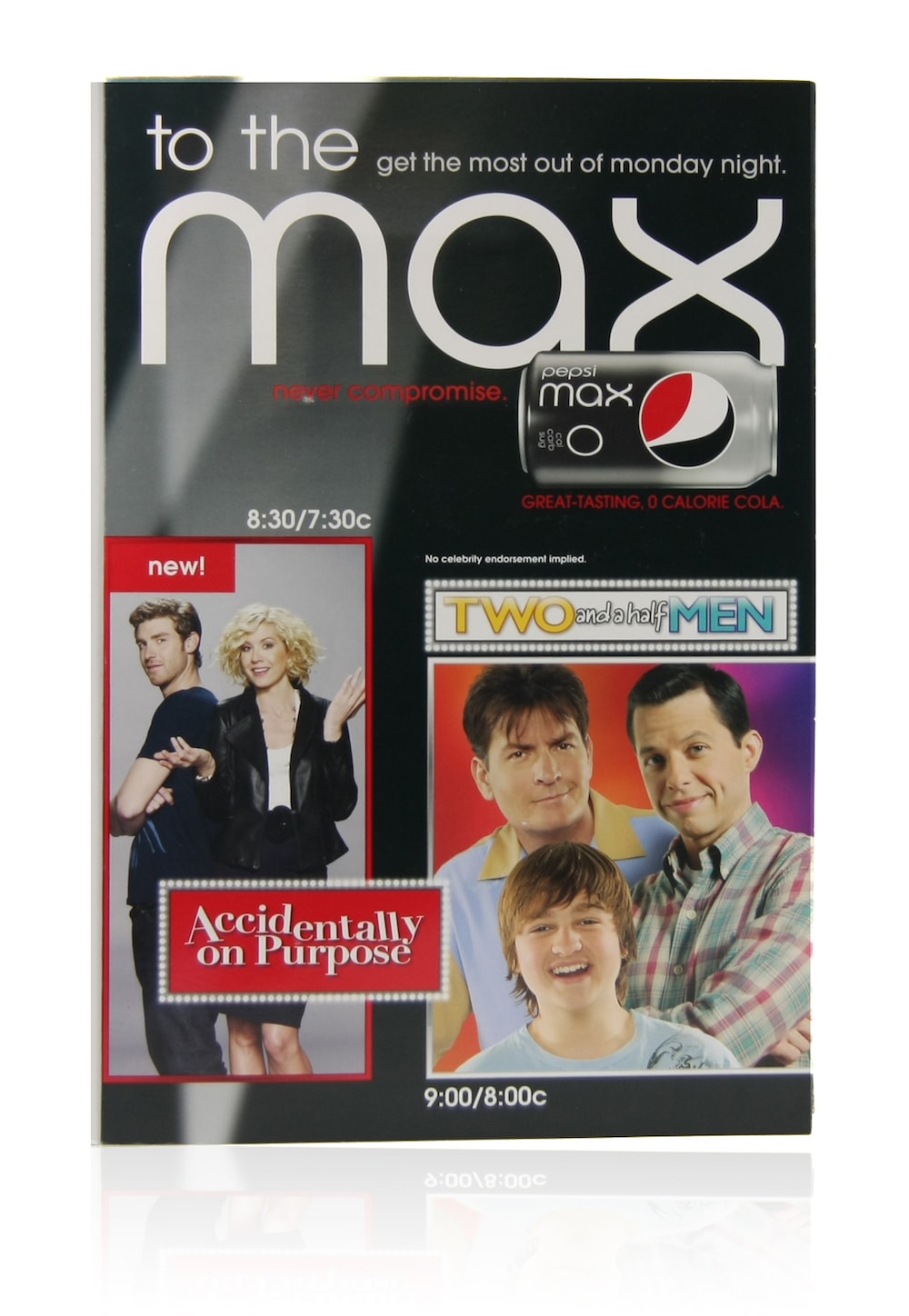 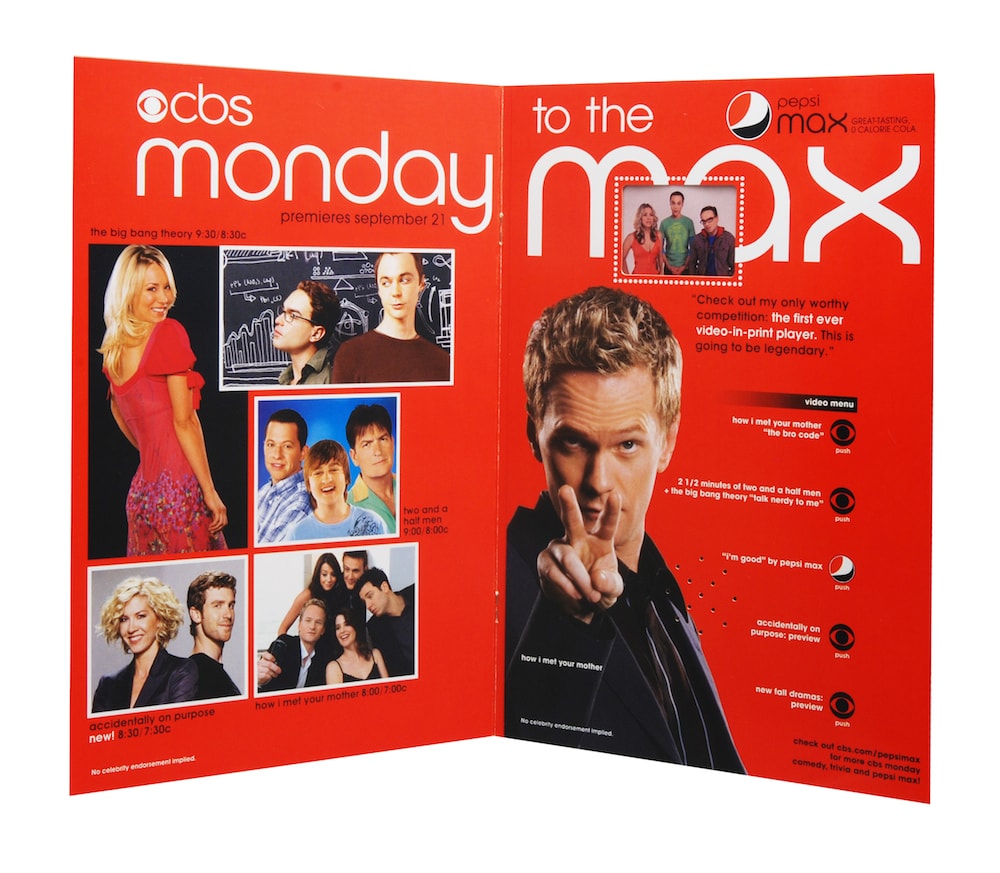 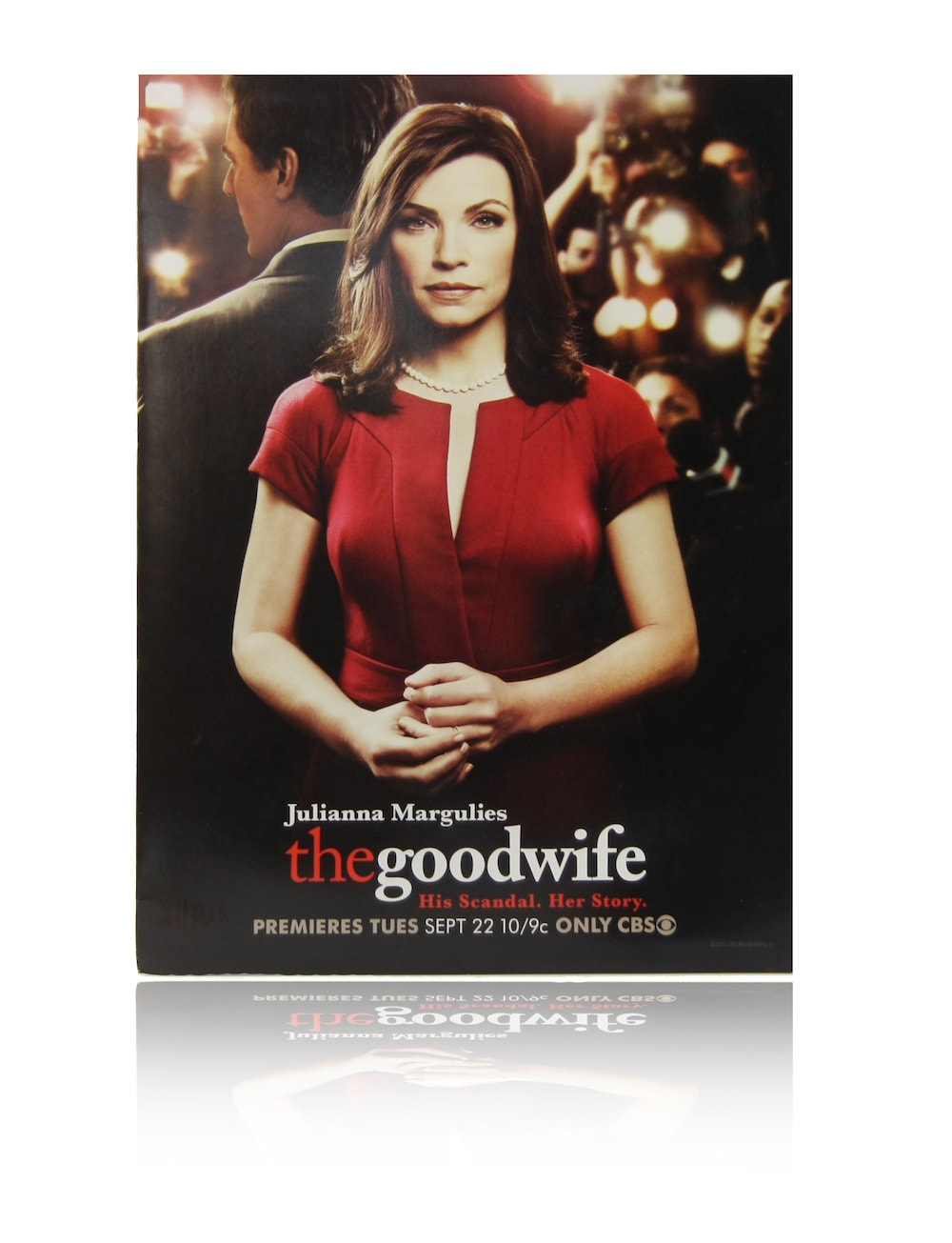 Networks live and die on the success – or lack thereof – of their Fall launches. With consumers accessing content from so many different sources, the networks and their ad agencies need to develop campaigns that are guaranteed to cut through the clutter and grab the attention of viewers.

When launching its new campaign called “Monday to the Max” (a partnership with Pepsi), CBS and its media agency OMD knew they needed something special to stand out.

Americhip had just finalized the design of a brand new, patented technology called Video in Print™ which allowed advertisers to program up to 45 minutes of video content and embed it directly into a magazine insert. CBS and OMD worked closely with Americhip’s technical teams to program nearly 30 minutes of video content from 6 of the new shows. Pepsi was so impressed with the Video in Print™ ad that it sponsored the insert and included one of its commercials as part of the Video in Print™ content. For the first time ever, consumers were able to watch actual video when reading a magazine.

The execution received press coverage in 200+ media outlets worldwide, including CNN, BBC, NY Times and The Wall Street Journal. The story was covered by broadcast, web and newsprint all over the world. The Video in Print™ Magazine Insert made the Cannes Lions 57th International Advertising Festival’s short list for Best Use of Magazines.

Awarded Grand Prize for ”Buzz Awards” by Adweek: “Americhip and OMD’s campaign for CBS and PepsiCo took the concept of Video in Print™ from a fantasy to reality, proving that [advertisers] can make magic too. It’s just that we call it technology.”